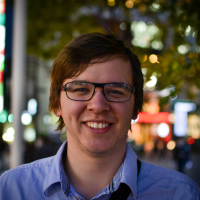 👋 Hello!  In this post, we review the following updates that have the potential to impact WebRTC applications:

For some users with bluetooth headsets that have the capability to hardware mute, we are seeing issues across MacOS, where auto gain control, a method of automatically adjusting input volume, causes users not to be heard.

This can typically be observed by end users in a scenario where their microphone works, but they are quiet for some time. Auto gain control may then adjust input volume all the way down on MacOS, which causes MacOS to send a mute signal to the bluetooth headset, which hardware mutes. In some cases, an audible alert is sent to the user, but this might not happen. The end result is that the user can no longer be heard when they try to talk again, as the bluetooth headset itself is now muted.

Unfortunately there are no easy ways to detect this issue. The best course of action is to allow the option to disable auto gain control in advanced settings, and ask users if they contact you with this issue if they are using a bluetooth headset, and to try disabling auto gain control next time.

In Daily, you can disable this behaviour by passing “autoGainControl: false” in userMediaAudioConstraints.

Chrome reports that this is a known issue, and will be fixed in M107. They also suggest some advanced workarounds for users affected. As far as we know, the same issue affects all browsers on MacOS, and we expect other browser vendors to follow suit.

▶️ The saga of Safari and autoplay in WebRTC continues

Over the years, we have seen multiple cases of the now infamous autoplay policy cause issues for WebRTC. For end users, this would cause audio to be muted when it shouldn’t. From WebRTC’s side of things, audio data is transferred from sender to receiver, but cannot be played on the receiver side because of autoplay. This has caused a lot of hard to debug issues as everything appears to be normal from WebRTC’s side of things, but actually aren’t.

While autoplay restrictions should be disabled when capturing a microphone, this isn’t always the case, and recently, Safari has pushed some fixes to autoplay we expect to land in the initial release of iOS 16.

As a general rule, we recommend tracking errors from the video and audio element.play() in something like Sentry or Bugsnag, or use Daily Prebuilt which handles these cases for you.

For years we had no way of telling what fixes/changes were included between each Safari release, which was a source of frustration especially for WebRTC engineers as we couldn’t track when a bug we reported was actually released.

I’m happy to report this is no longer the case, as with Webkit’s release on Github, we can now diff changes between two releases quite easily. While the commits are a bit hard to read currently, it’s possible to extract full release logs for commits to WebKit between major releases of iOS and MacOS.

If you use Daily, we’ll keep up to date on all these releases for you, and note the most important ones for you here in the community. However, we mention it anyway as you might be tracking other bugs or features in Safari, and now have an easy way to check what’s actually being shipped.

Previously, if your end users tried to share a Powerpoint presentation in full screen, the editor view would remain shared and the slides wouldn’t update as the presentation went along, which made sharing presentations difficult.

A fix has landed in Chrome, but the fix relies on detecting the presentation mode window, which might not always work, or at the very least be flaky to unexpected updates to Powerpoint. Nevertheless, we can consider this long standing bug fixed for now, which has been with us since screen sharing landed in Chrome!

We hope these updates are useful for you! Is there anything in particular you would like to see us talk about next time, or do you have any questions? Let us know in the comments below!